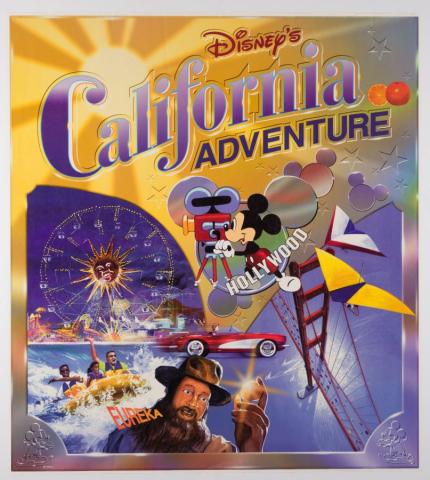 A rare opening day poster from Disney's California Adventure theme park. Featuring many early attractions including Soarin' Over California, the Sun Wheel, and Grizzly River Run, with recognizable imagery of Golden State activities and landmarks, the poster was only available when the park first opened. Disney's California Adventure park opened in February 2001 and was designed to embrace California's rich history. Measuring 30.5"x27.25" overall with an image size of 30"x26.75", the poster is in good condition with dings throughout and a wrinkle running through the text. Ships rolled.