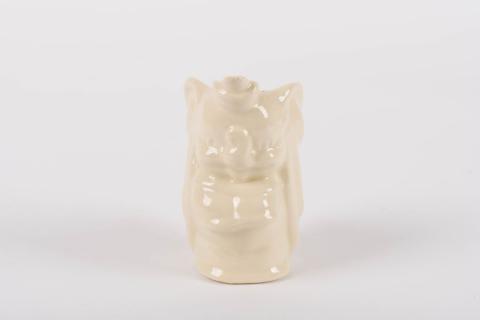 A ceramic pitcher inspired by the 1941 Disney Studios film Dumbo. Featuring an ivory Dumbo with his circus hat positioned as the pour spout on his head, the pitcher looks to be inspired by the similar pitcher that was released by Leeds in the 1950's. This pitcher appears to be more modern than than and was likely produced in the 1960's. Measuring 2.5”x3.5” and 4.5” tall, the pitcher is in very good condition.