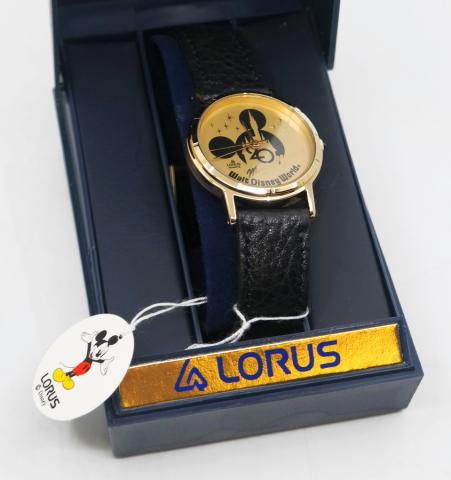 A vintage Lorus Walt Disney World Anniversary Watch. The watch was created in commemoration of Walt Disney World's 20th Anniversary. The face features a silhouetted image of Mickey Ears as well as Cinderella's Castle. Watch is in very good condition and comes in its original plastic case, which measures 2.5"x3.75" and 2" tall and is in good condition itself. Watch is not tested and will likely need a new battery in order to operate.