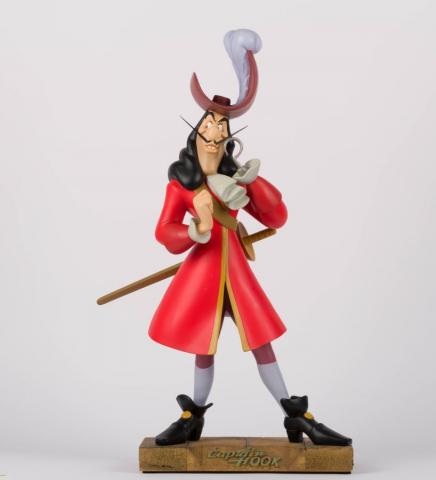 A limited edition Captain Hook "Big Fig" statue designed by artists Kevin Kidney and Jody Daily, created to commemorate the 50th anniversary of the film in 2003. Released in an edition of only 1000 pieces, the exquisitely sculpted figure is constructed of cast resin, painted with screen accurate detail, and finished with a faux hair, waxed mustache. Hook stands on an integral faux wood base crafted to look like the deck of Jolly Roger. Measuring 16"x8" and 28.5" tall, the piece is in fine condition with its original box.