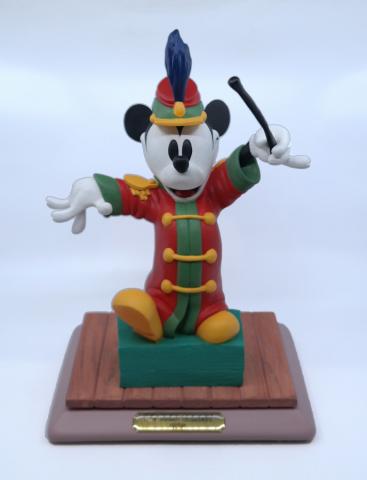 A limited edition resin figurine of Bandleader Mickey Mouse from the 1993 Disneyana Convention. The statuette depicts Mickey in his attire from the 1935 short The Band Concert, with a removable baton accessory in hand. The figurine was released in an edition of 1200 pieces and is hand-signed and dated on the base. measuring 9"x7"x13.25" tall, the figurine is in fine condition and comes with his COA in the original brown cardboard shipping box.