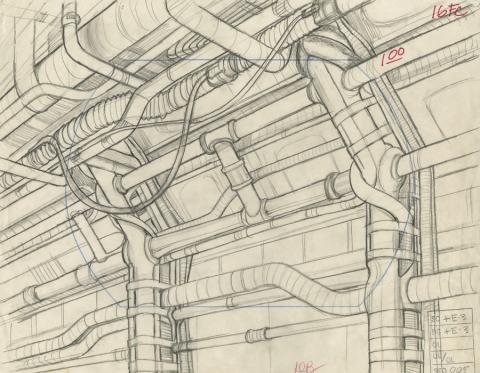 An original layout drawing from the Don Bluth Studios animated video game Space Ace (1984). Featuring a highly detailed image of one of the hallways in Borf's ship as Dexter becomes Ace during the Dodging Beams sequence, the drawing was created at the studio and used during the animation process. Measuring 13.5"x16.5" overall and with the image covering the entirety of the page, the layout drawing is in fine condition with edge wear and some wrinkling throughout from studio usage and handling.