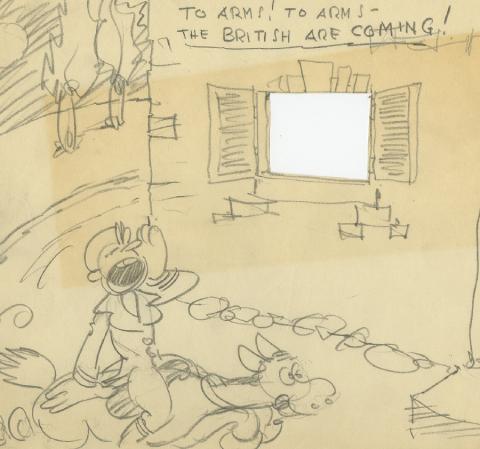 This is an original Grim Natwick layout drawing from the Fleischer Studios production of a 1940s cartoon. This drawing features a Paul Revere themed image and was created at the studio and used during the production of a cartoon. The overall measurements of the piece are 8.5" x 11" and the image itself measures 8" x 10.5". The drawing is in great condition. The window area of the image is cut from the drawing, which would have been done during production in order to animate something on a separate layer, under the background.