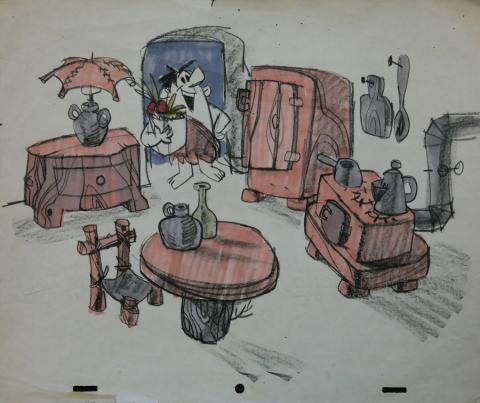 A rare early concept drawing from the Hanna Barbera Studios animated series The Flintstones (1960-1966). Featuring Fred walking into the door to his house, the drawing was created at the studio and used during the development process. The style of the furnishings in the house are similar to the props in the show, but the differences still exemplify the crude concepts that are considered when a show is created. Measuring 10.5"x12.5" overall, and with the character image measuring 8.25"x11.75", the concept art is in very good condition with pinholes, edge wear and small tears around the edges from studio use and handling.