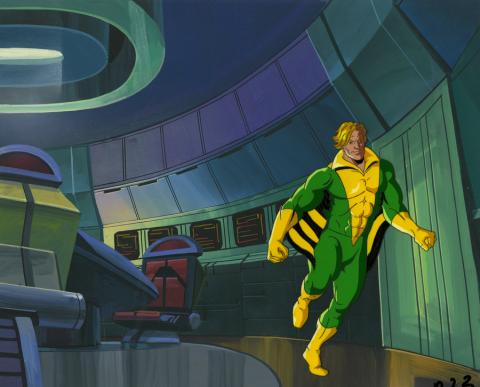 An original production cel from the Marvel Studios animated television series X-Men (1992-1997). Featuring Banshee, the hand-painted cel was created at the studio and used in the episode "The Phoenix Saga, Part III: The Cry of the Banshee". The cel is an actual frame of animation that appears in the cartoon. It has been paired with a production background from another episode of the series. The background and cel measure 10.5"x12.5", and the image area measures 6.5"x4.5". The setup is in fine condition with minimal line wear.