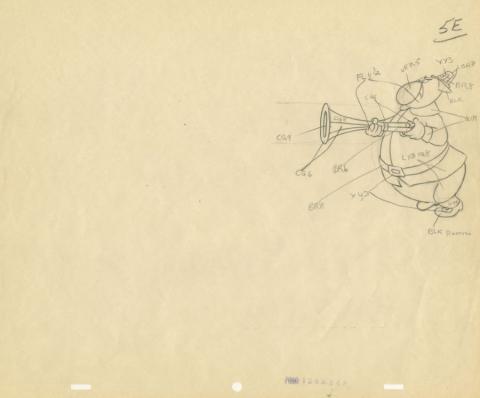 An original production drawing from the MGM Studios animated film Jerky Turkey (1945). Featuring a large pilgrim holding a rifle while on the hunt for a turkey, the graphite drawing was created at the studio and used during the animation process. Measuring 10.5"x12.5" overall with the character image measuring 4"x3.75", the drawing is in fine condition with minor edge wear including a couple tiny tears on right edge.