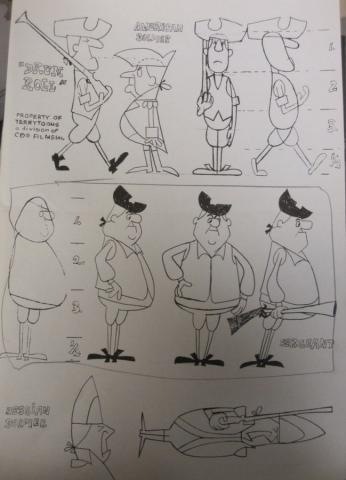 An original photostat model sheet from the Terrytoons Studios animated series The Hector Heathcote Show (1963-1965). Featuring American soldiers, a Sergeant, and a Hessian soldier, the model sheet was created at the studio and used during the animation process. The piece was a reference tool created by the studio to aid animators with consistent character design. Measuring 17"x11" overall, and with an image measuring 15"x10.5", the model sheet is in good condition with minor edge wear and a horizontal crease.