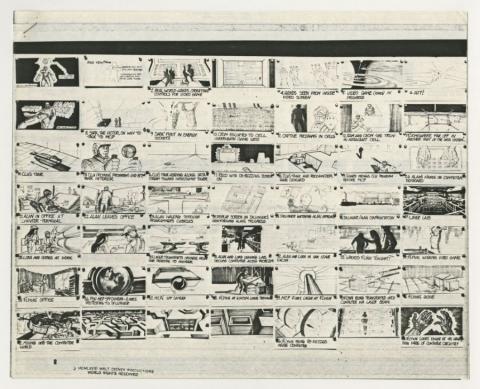 An original packet of xeroxed storyboards created by Walt Disney Studios for the feature film TRON (1982). The storyboards consist of five pages stapled together that feature the entire rough story of the film. The set is a xerox copy that was made at the studio for reference use during production. Measuring 11"x13.5" overall, and with the image area measuring about 9"x13.5" on each page, the storyboards are in fine condition with minimal edge wear.