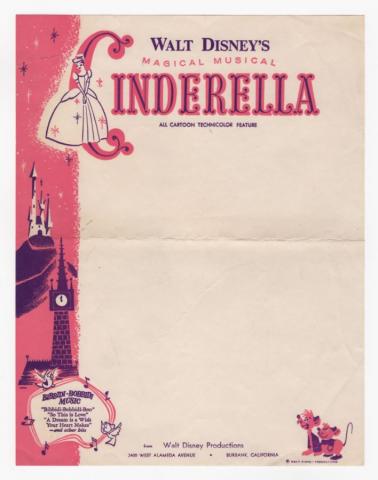 An original sheet of promotional stationery from the Walt Disney Studios during the promotion of the animated feature Cinderella (1950). Featuring Cinderella, Gus, and Jaq, the letter head was created at the studio and used for studio correspondence to promote the film during its initial run in theaters. Measuring 11"x8.5" overall, the stationery is in good condition with minor edge wear, discoloration, and a horizontal crease.