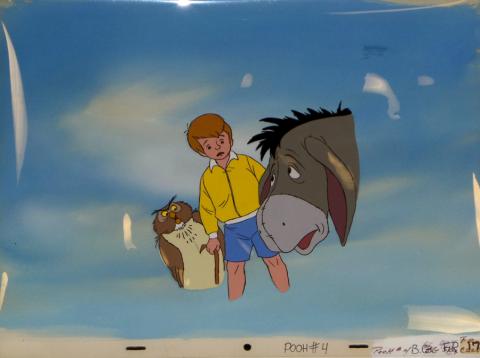 An original production cel and background setup from a 1980s Walt Disney Studios animated educational film strip. Featuring Eeyore, Owl, and Christopher Robin, the setup was created at the studio and used during the animation process. Measuring 12.5"x16" overall, and with a character image measuring 6.75"x6.75", the artwork is in very good condition. The image has areas of glare from photographing, these are not areas of damage.