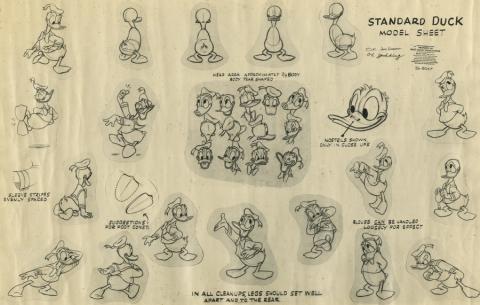 An original photostat model sheet from a Walt Disney Studios animated film featuring Donald Duck. The model sheet was created at the studio and used during the animation process as a reference tool for character consistency. The trimmed sheet measures 11"x14" overall with an image area measuring 8.75"x13.75". The model sheet is in very good condition with light wrinkling and folding around the edges, and a fold down the center.