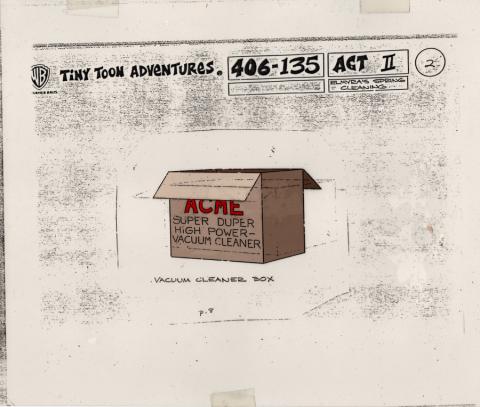 An original model cel from the Warner Bros. Studios animated series Tiny Toon Adventures (1990-1994). Featuring a cardboard Acme box, the model cel was created at the studio and used as a reference by animators during the creation of the episode. Measuring 10.5"x12.5" overall, and with the image area measuring 3"x4", the model cel is in very good condition.