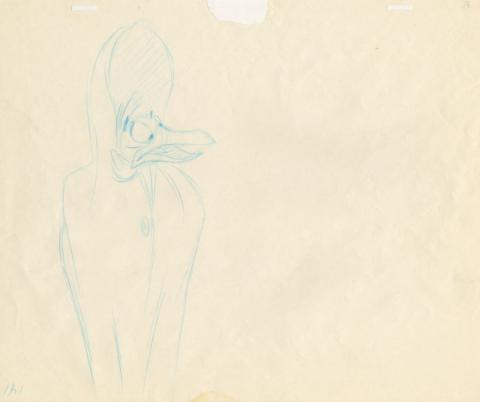 An original production drawing from the Don Bluth Studios animated film The Secret of NIMH (1982). Featuring Jeremy, the rough drawing was created as an early draft of what would become a finalized image of the character. Measuring 10.5"x12.5" overall with the character image measuring 10"x4", the drawing is in very good condition with handling wear and a notable tear on the top edge at the middle peg hole.